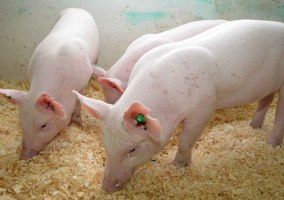 A genetically engineered pig recently approved for limited production in Canada makes urine and feces that contain up to 65 percent less phosphorous, officials have announced. That could be good news for lakes, rivers, and ocean deltas, where phosphorous from animal waste can play a role in causing algal blooms.