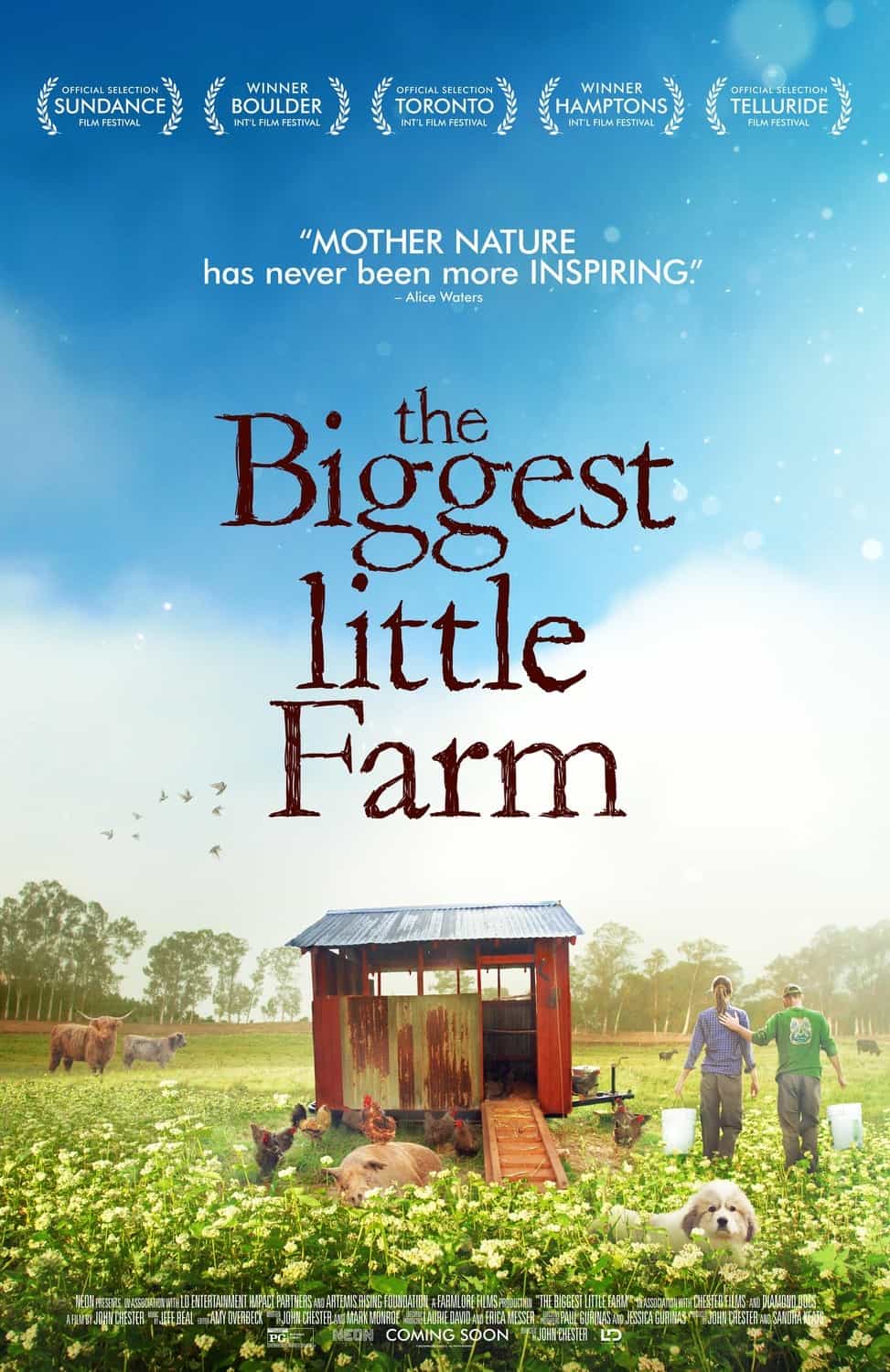 THE BIGGEST LITTLE FARM chronicles the eight-year quest of John and Molly Chester as they trade city living for 200 acres of barren farmland and a dream to harvest in harmony with nature.
Through dogged perseverance and embracing the opportunity provided by nature’s conflicts, the Chester’s unlock and uncover a biodiverse design for living that exists far beyond their farm, its seasons, and our wildest imagination.
Featuring breathtaking cinematography, captivating animals, and an urgent message to heed Mother Nature’s call, THE BIGGEST LITTLE FARM provides us all a vital blueprint for better living and a healthier planet.