“Heart of Gold: A Tribute to Neil Young” Concert at Dogtown, March 30

“Who’s going to stand up and save the Earth?” Neil Young once sang. Young has not been secret or silent about his environmental activism over the years with albums such as Earth (2016) or The Monsanto Years (2015).

In honor of the man who bucks the system, Jeff Liverman and a group of local musicians will perform a tribute concert, “Heart of Gold” at Dogtown Roadhouse Friday night, March 30th at 8 p.m. featuring the music of Neil Young.  The proceeds will go to support SustainFloyd.

The concert will feature two bands who have formed for this event: Buffalo SpringFloyd will start the night with Young’s early music. Brad Collier and Lazy Horse will take up the reins and perform his later recordings.

“It takes a village to keep the free world rockin’,” Young once said.

SustainFloyd Foundation will showcase its recent “Personal Climate Pledge” and will provide free pledge packages to those who request them. The Personal Climate Pledge is an initiative to help people focus on their energy use and waste stream, a great tool for anyone concerned about climate change and natural resource protection.

“Farmers are the American heroes today. They are doing something with their hands that they’re sharing with their neighbors and their friends and families,” said Young.  Having formed FarmAid in 1985 with other big-name rockers, Young has solidified his name in the arena of conservation issues, making him an inspiration for SustainFloyd, as it manages the Floyd Farmers Market and assists local growers and food producers.

Join Jeff Liverman, Floyd musicians and SustainFloyd at Dogtown Roadhouse on Friday night, March 30th at 8 p.m. for “Heart of Gold, a Tribute to Neil Young.”

Organizers say you will be guaranteed some awesome music, a rockin’ good time, and a chance to support the environment and our local community. $5 tickets are available at the door. 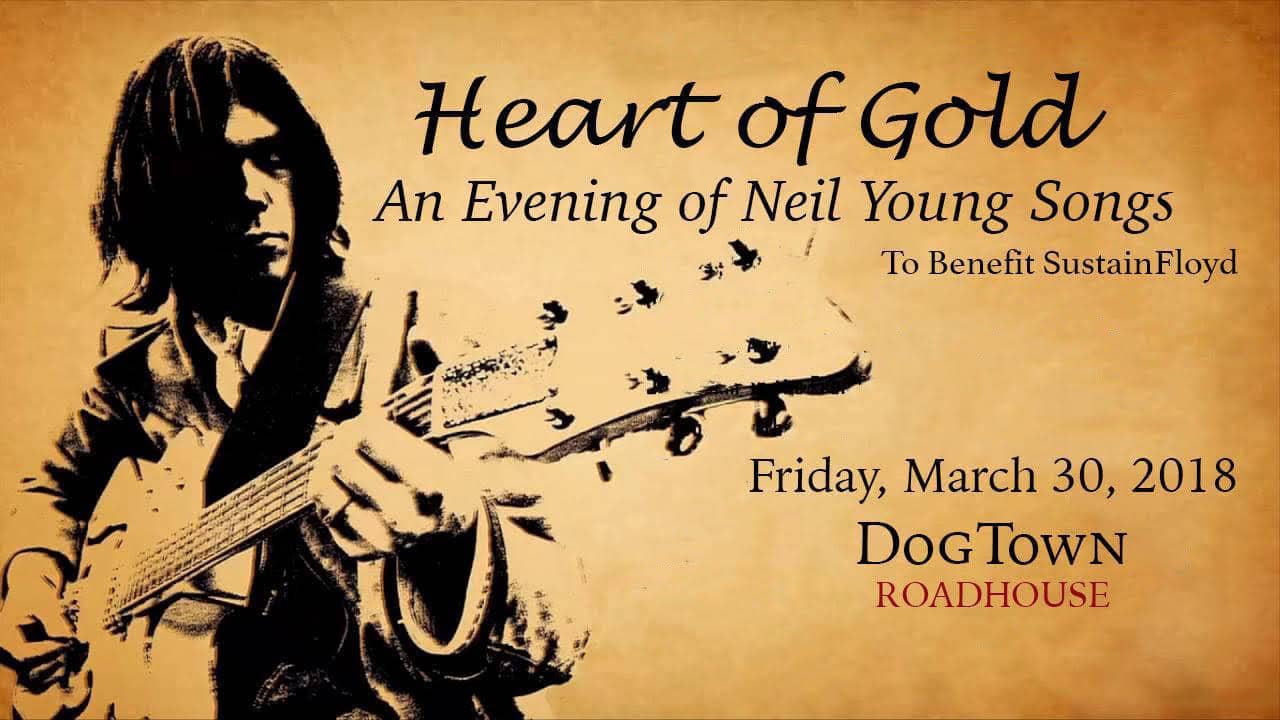